Welcome to the World of Yew

So what is so special about yew trees?

We trust your journey through the website will answer this.  To begin, an article below describes some aspects of the yew which make it so unique.

To find a yew, please visit the map or the listing of yew sites for interesting information and wonderful images.  The website is dynamic with new sites being added as we carry out more fieldwork and more research.

The library contains various articles and information relating to the yew.  We will be adding to this regularly.

If you’d like to join the SYTHI community and be kept up to date please consider joining the email list.  You can also support us by visiting our shop of wonderful yew related items, or if you prefer use the donate button below to make a donation.

Above all, we hope you enjoy what we share here and that you find yourself inexplicably drawn in to the amazing world of the yew tree.

What’s So Special About Yew Trees?

A well-known wow factor about yew trees is that they can live for a very, very, long time.

Dendrochronology can prove yews can live to be 1500 years old in the UK. That is not an age limit, just the maximum age found so far and is expected to be breached in the future as more research is carried out.

In perspective, 1500 years ago was only 100 years after the Romans left Britain. The world- famous yew at Fortingall, in Perthshire, is believed to be at least 2,000 years old. That would mean it witnessed the Romans arrive in what became Scotland. There are other exceptional yews believed to have witnessed the birth of the Scottish nation in the 9th century. Certainly, there are many yews at places where momentous events in Scottish history have taken place under their boughs in the last 800 years.

What is not a well- known fact is that all yew trees of any age are scientifically classified as living fossils.

The yew family called Taxus has roots on Earth dating to just over200 million years ago as so far found in the fossil record. Due to various cataclysmic events in Earth’s history from then until now 99.9% of all land flora and fauna have gone extinct. The yew is in the 0.1% of species which are still here.

Nothing so far has managed to take the yew the way of so much other life on this planet. Therefore, a yew does not have to be old, ancient or historically significant to be special. Every single yew tree alive in Scotland today is special because it is a genuine miracle any are still here on Earth. They are genuinely sensational survivors.

It is fortunate for us they were here over 300,000 years ago when yew was used for the tip of a hunting spear. 90,000 years ago, digging tools were made of yew. 25,000 years ago, hunting mammoths involved using yew wood. From the cataclysmic end of the last Ice Age around 12,000 years ago, which almost wiped out all human life as well as the land based megafauna, in all the areas where the yew recolonised Earth it is found being referred to as the Tree of God, Divine Tree, World Tree, Tree of Life in oral and later written spiritual traditions.

This fact reflects a perception that the yew is a sacred tree.

That is why today, yews are seen in many sacred places in Scotland, typically in churchyards and despite whatever religious denomination the churchyard may belong to. That shows a rare consensus in Christian Britain that the yew is special. Whatever theological differences there are, what all Christianity has in common is the planting of yews in churchyards, monasteries, abbeys and other private burial sites in Scotland for well over 1,000 years. For at least 2,000 years kings and queens have planted them near to their homes and castles, as have householders of all classes and creeds, echoing a tradition traceable to over 3,000 years ago – that a yew outside a home would somehow ‘protect ‘ it, just as churchyard yews are said to protect churchyards. In an old Scottish tradition, yews are also said to guide the deceased on their journey to an afterlife. No other kind of tree is specifically planted in churchyards for the same reasons and none can live the potential lifespan of a yew.

All trees are special of course, but yews have been exceptionally so to the human race, both for material and spiritual reasons, for hundreds of thousands of years. History proves this beyond doubt. Why are yews special is not because they are. It is really a question of why they became so special to us, no matter what colour, culture, rank or religion we are, or have ever been.

Images are available for sale. Please contact us at [email protected] 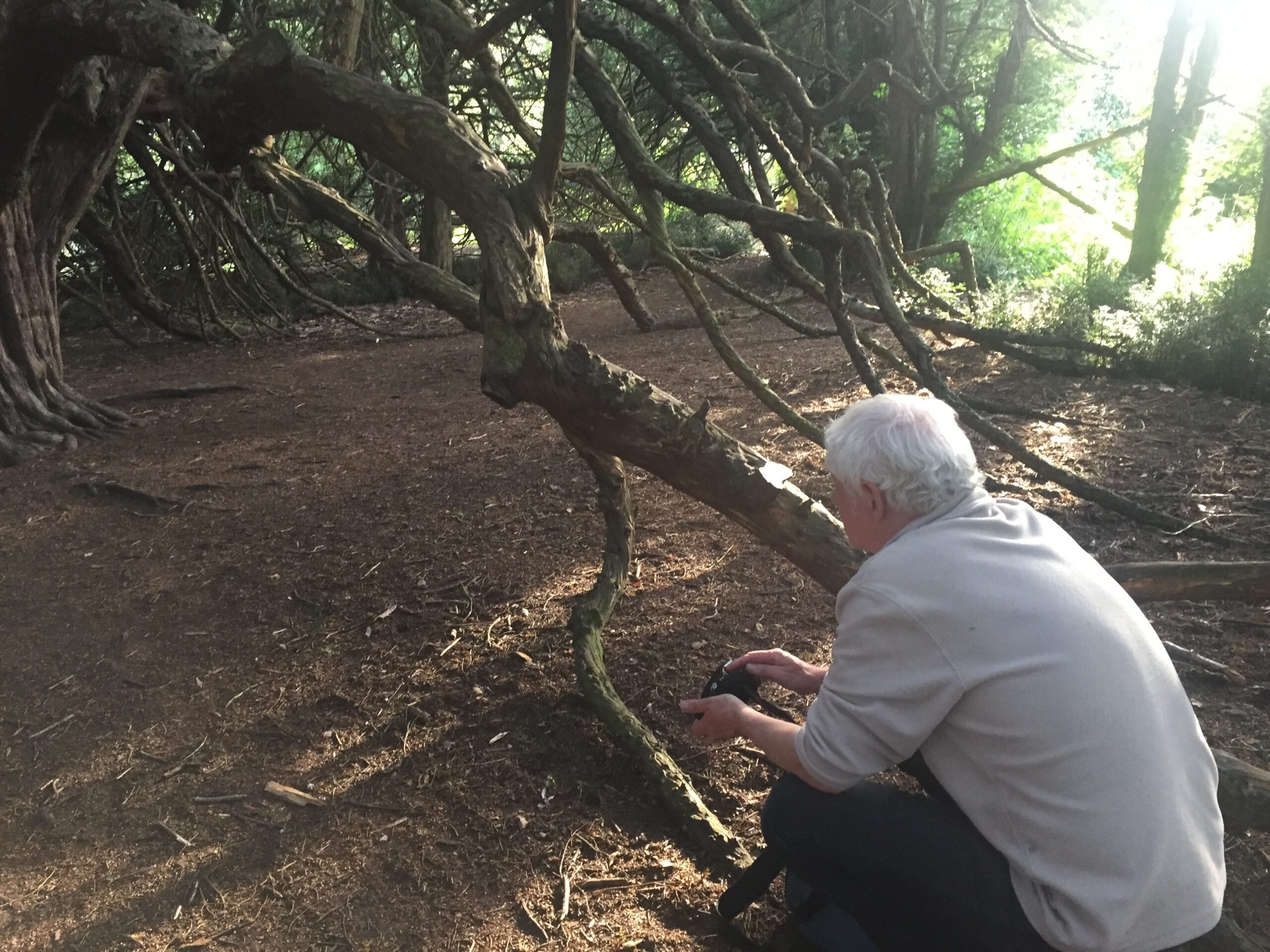